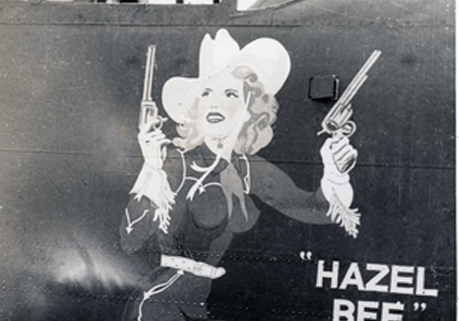 The Douglas A-20 Havoc was a family of American attack, light bomber and night fighter aircraft of World War II. Attacking with forward-firing .50-cal. machine guns and bombs, the A-20G lived up to its name by creating havoc and destruction on low-level strafing attacks, especially against Japanese shipping and airfields across the South Pacific in WWII. 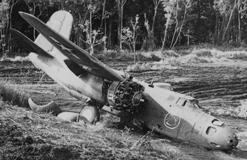 This Douglas A-20G Havok bomber slid off the airstrip as it was coming in for a landing.

The A-20 destroyed Japanese shipping and airfields

In August 1942 A-20 Havoc bomber attacked the Japanese airbase at Lae. This was the first of a long series of low-level strafing attacks on the Japanese that would become the specialty of the Douglas A-20 bomber in the Pacific, and would lead to the development of the solid nosed A-20G.

In August 1945 the A-20 bomber groups moved to Okinawa, from where they took part in the first attack on the Japanese home islands on 9 August 1945. 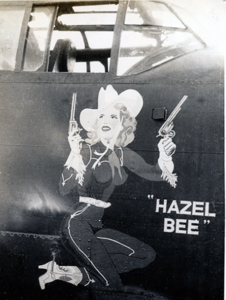 This is a Douglas A-20 Havok with the nose art named Hazel Bee. It is one of dozens photos of WWII planes and nose art my Dad took in the South Pacific during the war in New Guinea.

Flown by the Allies in the Pacific, the Middle East, North Africa, Europe and Russia, the versatile A-20 airplane went through many variants. The A-20G, which reached combat in 1943, was produced in larger numbers than any other model. By the time production ended in September 1944, American factories had built a total of 7,098, of which 2,850 were “solid nose” A-20G models.

For those of you that are interested in A-20 nose art, my father took pictures of the A-20 airplane in WWII. Some of them are “All Alone and Lonely,” “Hazel Bee.” I have a unique photo of A-20 bomber nose art of the unfinished artwork of “Hard to Get.”

TECHNICAL NOTES ABOUT THE A-20:

Actual film of U.S. Douglas A-20 Havoc (aka Boston) aircraft take off from airfield in North Africa during World War II. http://www.criticalpast.com/video/65675046253_Battle-of-Monte-Cassino_discussing-strategies_boarding-plane_dropping-bombs