You are here: Home / Blog / Uncategorized

Did you ever have a relative or know of someone who fought in World War Two? Perhaps you envisioned what it was like for them to go to boot camp and get on a ship and sail off to war in the South Pacific.

Here is a piece of what is called trench art from WWII. I suspect this is from a Bofors 40mm anti-aircraft round. My dad brought this back from the South Pacific after the war was over in 1945. Can someone please confirm what artillery shot this?

While on the ship on the way back to the U.S. it was made into an ash tray. It had three Filipino centavos coins bent into shape and soldered into the indentions on the rim to hold the cigarette. Two of the coins went missing. END_OF_DOCUMENT_TOKEN_TO_BE_REPLACED

Here are three events that we will be attending during October 2017.

This Event was canceled

Location: Baton Rouge
in downtown Baton Rouge at the State Library of Louisiana, the State Capitol, the Capitol Park Museum and nearby locations. The Louisiana Book Festival will be jam-packed with outstanding literary events. Whatever book genre is your favorite, you’re sure to find something you’ll enjoy!

Sat Nov. 4 from 9 a.m. til 4 p.m. Grand Coteau Festival of Words
On the grounds in front of the Thensted Center on Church Street

Sat. Nov 11 at 9 am
Veterans Day event
Fountain Memorial
On Pandora Drive
Neal will give a 10-minute talk on his father’s adventures during WWII.

“When I was age 10, my daddy started showing me his 600 war pictures and telling me his experiences. Later in life, he bought a video camera so he could relate his wartime experiences for history sake, but he got sick and died before he could do that. My new book, “Dad’s War Photos: Adventures in the South Pacific” is to honor his experiences, and to honor the vow I made to him to hold his most valuable war souvenir in high honor – his Japanese war rifle he found in the Philippines.”

This WWII pictorial is in paperback, hardcover and multimedia ebook format.

See the free 40-page sample at

Directions to the Monthly Author Book Expo: Driving along Interstate 49, take the Grand Coteau exit, which is exit 11. Drive East into Grand Coteau. 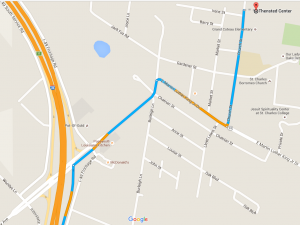 (If you drive West, you will be in Sunset). Follow Martin Luther King Drive, turn left at the only traffic light. The Thensted Outreach Center will be on the right, next to a red brick church. See map 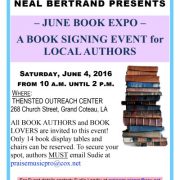 I just made this Youtube video to introduce you to my new multimedia Kindle ebook. Amazon is giving you a huge amount of free content, including 40 original WWII videos, so take a look.

If you know any history buffs, they will love this. Plus it makes a great gift.

Watch the video below.

The Landing Ship, Tanks or LSTs are the ships that transported troops and machinery. See last week’s blog post for more information, photos and video.

My father and his battalion traveled aboard these ships, being transported to the various locations in the South Pacific. They were on these LSTs when they left Oro Bay, New Guinea and went to Saidor; from Saidor, New Guinea to Biak Island, and from Biak to Calicoan Island in Eastern Samar Philippines, then on to the battle of the Lingayen Gulf in Luzon, Philippines. END_OF_DOCUMENT_TOKEN_TO_BE_REPLACED

Landing Ship, Tank (LST) is the naval designation for vessels created during World War II to support amphibious operations by carrying vehicles, cargo, and landing troops directly onto an unimproved shore. About 1,000 LSTs were laid down in the United States during World War II for use by the Allies. END_OF_DOCUMENT_TOKEN_TO_BE_REPLACED