Photos of B-24 Bombers

You are here: Home / Blog / WWII Airplanes / Photos of B-24 Bombers

Miscellaneous Photos of B-24 Bombers 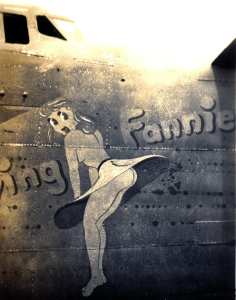 Nose art on this B-24 bomber named Flying Fannie. 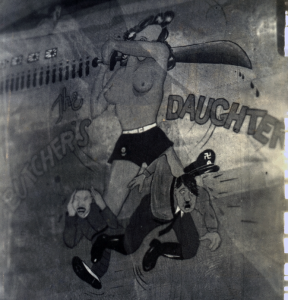 B-24 named The Butcher’s Daughter swings her blade at Tojo and Hitler.

Peak production had reached one Consolidated B-24 per hour and 650 per month in 1944.
The B-24 ended World War II as the most produced Allied heavy bomber in history, and the most produced American military aircraft with over 18,400 units, due largely to Henry Ford and the harnessing of American industry.
Although primarily a heavy bomber, the Liberator was also a very effective fighter, shooting down approximately 2,600 enemy aircraft.
It was the leading Allied oceanic patrol and anti-submarine aircraft, and the leading Allied long-range cargo transport. Each of the two bomb bays could carry 4,000 lb (1814 kg) of bombs.

Consolidated B-24 Liberator Specifications in WWII

Photos of B-17 Bombers
Scroll to top