I had the honor of meeting with Mr. James J. Bollich in his home on Friday Feb. 13, 2015. He was captured by the Japanese in the Philippines in 1942, and was part of the “Bataan Death March” where multiple thousands of soldiers died. He also took lots of photos while in the Philippines, but had to bury them in the jungle so they would not be captured and used by the Japs. 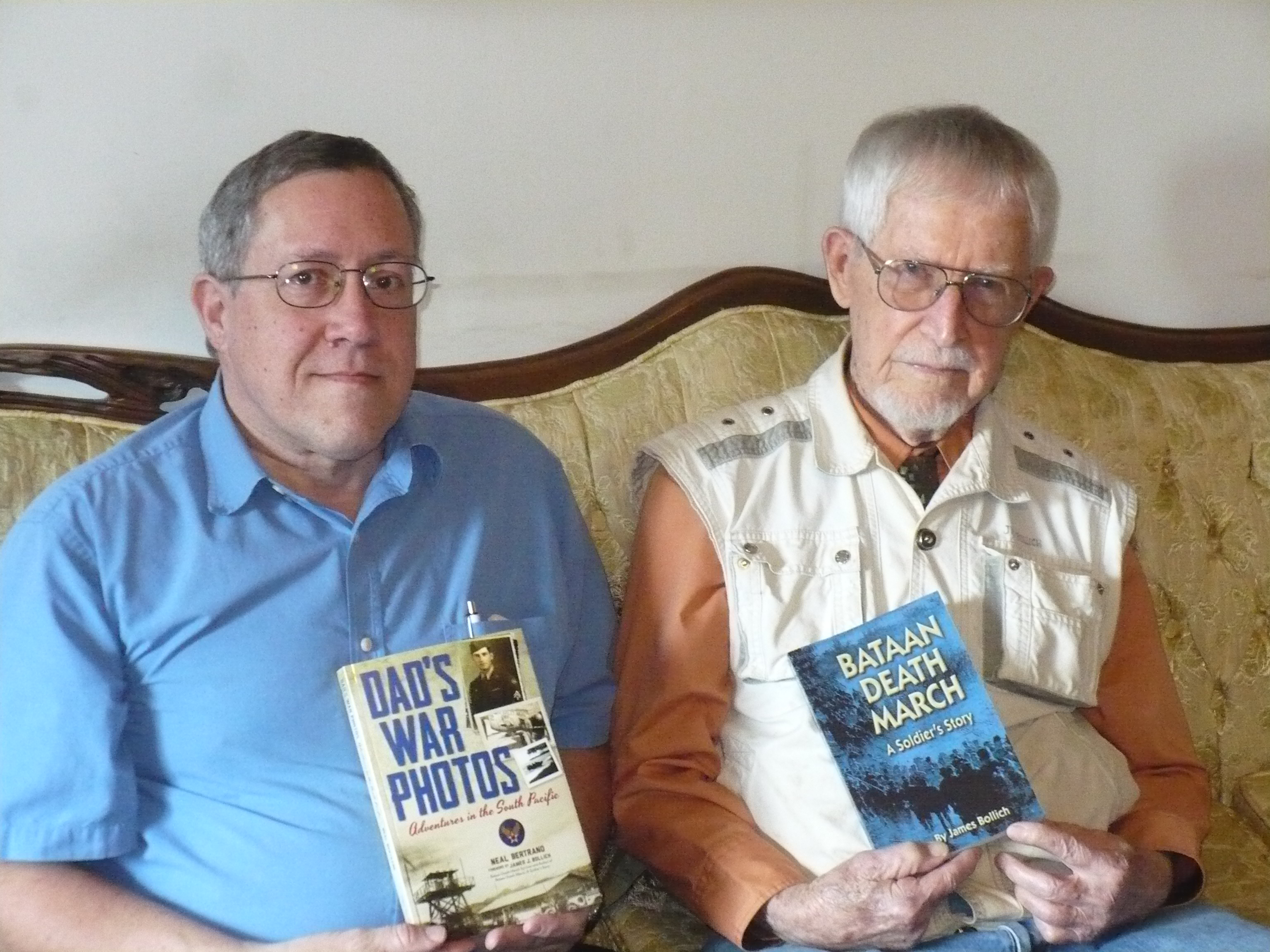 The purpose of this visit was to give him my book, “Dad’s War Photos: Adventures in the South Pacific.”

Mr. Bollich wrote the Foreword in my book.

Mr. Bollich is the author of Bataan Death March: A Soldier’s Story.